Skip to content
News and DealsSubscribe to our newsletter
Recent Posts
3.8 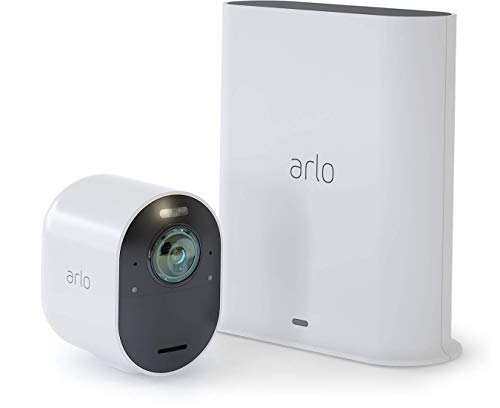 Since we reviewed our last Arlo products from Netgear’s smart home range, a few more products have been added to their product portfolio, namely the Arlo Doorbell, Arlo Chime and new 4K Arlo camera.

We’ve got hands-on with all three to see just how well they fared when being added to our existing Arlo system.

Whilst separate products, the Arlo Doorbell and Chime go hand in hand to compliment themselves into a fully fledged doorbell system when working in sync with one another.

The Doorbell itself is a battery operated device that runs off 2x AA batteries. Based on that the form factor is extremely thin and the setup is very very simple.

All you need to do is screw in a back plate to the wall, plug in the batteries and you’re ready to start the Arlo app and pair it to your existing system.

Once in the app, you’re able to add a new device and you’ll be set up in just a few mins. Nice and simple.

We love the way the Doorbell looks, especially its halo LED light when it senses motion. Unlike other competitive Smart Doorbells on the market, the Arlo Doorbell does not have a camera in-built into its hardware. Instead, you have to link an existing camera from your product portfolio to be linked and record on-demand.

The Arlo app also allows you to share access rights however the app found it difficult to prioritise doorbell rings to the right person if at all.

We found that recording on motion worked seamlessly on the Camera but we found problems upon users actually ringing the doorbell.

The alert itself comes through onto your phone as a real phone call would instead of a push notification which is brilliant, however upon answering the experience really let us down. It takes a few seconds to connect, the mic volume is very low and the speaker volume is also.

If like us you “granted access” to others in your household to receive alerts, we found that doorbell rings were often missed and sometimes we’d missed doorbells rings altogether as it lost connection to the Chime.

The chime, like the doorbell, was really easy to set up paired straight into the app with the doorbell.

We absolutely love the design and simplicity of the chime. Its cool grey covering doesn’t look too garish and its LED’s are there to let you know if there are any connection issues with the doorbell itself.

You’re able to choose from a large range of doorbell rings within in the app or turn it off altogether and move it into a silent mode whereby you’ll only receive alerts on your phone.

If you have a dog that barks at doorbells like us, you’re really going to appreciate this feature.

There was a slight issue we had with the Chime in that sometimes it lose its connection to the Doorbell and wouldn’t ring at all. Pretty frustrating if you’re expecting a very important package.

The increase in resolution and moving into HDR territory is the highlight of the new 4K camera. For a small security camera, the quality was outstanding and it really picked up every detail.

The quality really shows in daylight but even the new low light improvements in night vision were incredibly detailed.

Along with the improvement in resolution, the new 4K also boasts two new improvements.

The first being a Go-pro-esqe superview 180-degree wide angle FOV. Perfect for those who need to stick their camera in an awkward area but still need full visibility of what’s going on.

The second is our favourite and its built-in LED security sensor. We didn’t even have it on its brightest setting but this thing can really glow, more than enough to ward off any intruders and it really makes is presence known. Also not bad for when you’re trying to get your keys in the door in the early hours of the morning!

With all of the updates noted above, there is a difference in form factor and the camera is bigger and heavier than its little cousins in the Arlo range. It also uses a different wall mount to the old ones and they’re now concave instead of convex. It doesn’t quite give it a full range of motion like a ball-and-socket would but it does feel a lot more sturdy.

One of the biggest disappointments of the Arlo ultra is that the batteries are different (although the battery life is amazing, over 9 weeks worth of daily footage for us) and so is the charging cable.

New camera settings allow you to know if a package has been delivered using AI or its an Animal/Person. Not sure why you’d want to use this day to day but I can be easier to scroll through to a particular clip if you have a lot of motion throughout the day. It also has a cool tracking feature to follow whatever motion it captured albeit very choppy on the playback.

The 4K comes with a new Smart Hub that’s slightly taller than its predecessor but a lot sleeker looking. We do like the new design in a new gloss finish, much easier on the eye if you need to keep it in sight.

You will need to use the new smart hub for the 4K and older cameras, so if you do decide to upgrade those older Arlo’s won’t become obsolete lying in a drawer somewhere.

The older hub had 2 USB ports which we used to record video locally and not on the cloud and the new hub as omitted these in favour of an SD card. We would have preferred USB to be completely honest however its clear Netgear to needed to compromise space to aid design.

The one thing we love about all of Arlo’s products is just how simple they are to setup.

Within the Arlo app, you can add and remove devices in just a few moments and we love that you can turn off unused devices too rather than having to remove altogether.

The 4k ultra, however, comes with a new base station. If you have previous Arlo gear and you want to use this new camera, you’d need to add them to the new kit.

Within the app, you can still control everything as you previously would have been able to.

The New Arlo 4K now allows you to change the settings of the LED security light, change the resolution and also add new motion zones to the camera.

There’s no doubting this camera is a big upgrade on the previous Arlo’s, but the improvements are going to cost you. To put it in perspective a single camera and hub will cost £450 and you can pick up a twin set of Arlo pro 2’s for the same price.

For some, one camera just may not be enough but for others, a front porch being monitored is all anyone needs. It’s difficult to base a recommendation as everyone’s security needs are slightly different but for the most part, Netgear does an incredible job of providing just that across their whole range.

For us though, the increased quality of the footage, the increased battery life and most importantly the Spotlight and wide angle make this camera an absolute winner in our eyes and we’ve loved using it.

It’s a real shame however that the doorbell just doesn’t marry up with the Arlo as well as we’d like. The design, ease of use, set-up and battery life are all superb but we just found it very inconsistent in its day to day operations.

The same went for the Chime, sometimes it rang and other times it would just lose its connection. A shame as the chime integrates so beautifully into the app and the design is a joy to look at.

We hope that a firmware update can fix any of those niggly issues because if it did, these 3 products together would be perfect as a new security addition to any household.